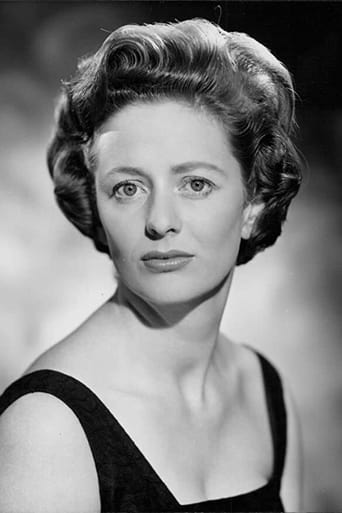 Elspet Jean Gray, Baroness Rix (née Gray) was a Scottish actress, who first became known for her partnership with her husband, Brian Rix, and later was cast in many television roles in the 1970s and 1980s. She played Lady Collingford in the television series Catweazle and Mrs. Palmer in the television series Solo, alongside Felicity Kendal. Gray had a long stage career, particularly known for her appearances in the Whitehall farces, the company being managed by her husband Brian Rix, which were originally performed at the Whitehall Theatre and later at the Garrick. Gray married Brian Rix in 1949. The couple had four children - two sons and two daughters. Their eldest child, daughter Shelley (born 1951) had Down syndrome. The experience of caring for her led the couple to become active campaigners for the disabled. Rix later became Mencap chairman and president. He became a life peer in 1992. This page is based on a Wikipedia article written by contributors. Text is available under the CC BY-SA 4.0 license; additional terms may apply.