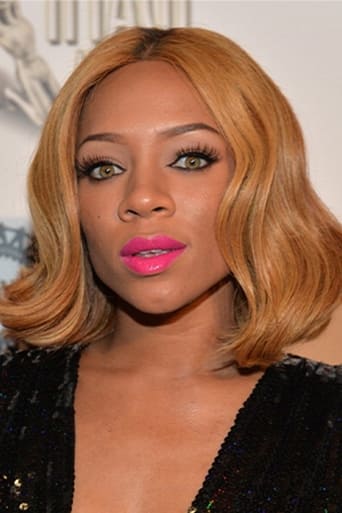 Niatia Kirkland, better known as Lil Mama, is a multifaceted and dynamic entertainer, singer, rapper, songwriter, actress, and exceptional dancer. Lil Mama is known for her keen spirit, and in addition to her artistic abilities, she is an inspirational speaker and entrepreneur. Born in Harlem, NY, Lil Mama took to music and dance at an early age. Using poetry as a tool of self-expression, she soon found her voice in music. As she continued to grow, she learned how to combine these skills and her dedication over time led her to global success. In 2006, at 17 years old, she signed to Jive Records and soon after joined Avril Lavigne in Grammy-nominated producer Dr. Luke's remix of Lavigne's song "Girlfriend." Her first full-length album "VYP (Voice of the Young People)" was released just over a year later, debuting at number 25 on the Billboard 200, and featuring the hit single "Lip Gloss," making Lil Mama a household name. While continuing to work on her music, Lil Mama brought her dance expertise and charismatic persona to the judge's table on MTV's "America's Best Dance Crew" for seven seasons alongside fellow judge JC Chasez and host Mario Lopez. Lil Mama broke into acting in a major way, landing the role of the iconic Lisa 'Left Eye' Lopes in the VH1 biopic CrazySexyCool: The TLC Story, starring alongside Keke Palmer and Drew Sidora. Lil Mama even joined TLC members Rozonda 'Chilli' Thomas and Tionne 'T-Boz' Watkins' in live performances surrounding the release of the film, including the 2013 American Music Awards. She also co-stars in director Benny Boom's "48 Hours to Live," a 3D hybrid merging the genres of film noir and dance. Most recently, Lil Mama's groundbreaking music video for her song "Sausage" went viral with 3 million views in its first week (and 9.2 million views as of today). The song appears on her mixtape "Take Me Back," released in December 2015, a nostalgic and upbeat ode to the golden years of hip-hop with a fresh millennial appeal. Mama is a passionate and well-rounded artist who understands the importance of constantly honing her craft and staying sharp; with her role as the lead in the raw and powerful true story "Hit a Lick", she further solidifies herself as a formidable contender in the arts and entertainment arena.