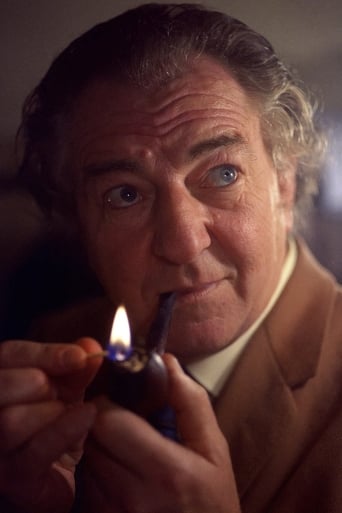 From Wikipedia, the free encyclopedia Rupert Davies (22 May 1916 – 22 November 1976) was a British actor. He remains best known for playing the title role in the BBC's 1960s television adaptation of Maigret, based on the Maigret novels written by Georges Simenon. Davies was born in Liverpool. After a service in the British Merchant Navy, during the Second World War he was a Sub-Lieutenant Observer with the Fleet Air Arm. In 1940 the Swordfish aircraft in which he was flying ditched in the sea off the Dutch Coast. Davies was captured and interned in the famous Stalag Luft III POW camp. He made three attempts to escape. All failed. It was during his captivity that he began to take part in theatre performances, entertaining his fellow prisoners. On his release, Davies resumed his career in acting almost immediately, starring in an ex Prisoner Of War show, 'Back Home', which was hosted at the Stoll Theatre, London. After the war Davies became a staple of British television appearing in numerous plays and series, including Quatermass II, Ivanhoe, Emergency - Ward 10, Danger Man, The Champions, Doctor at Large (1971), Arthur of the Britons and War and Peace (1972). He also provided the voice of "Professor Ian McClaine" in the Gerry Anderson series Joe 90. In 1964 he became the first person to be awarded Pipe Smoker of the Year. Davies also played supporting roles in many films, appearing briefly as George Smiley in The Spy Who Came in from the Cold (1965). He also appeared in several horror films in the late 1960s, including Witchfinder General (1968) and Dracula Has Risen from the Grave (1968), as well as such international blockbusters as Waterloo (1970) and Zeppelin (1971). He died of cancer in London in 1976, leaving a wife, Jessica, and two sons, Timothy and Hogan, and is buried at Pistyll Cemetery, near Nefyn in North Wales. Description above from the Wikipedia article Rupert Davies, licensed under CC-BY-SA, full list of contributors on Wikipedia.