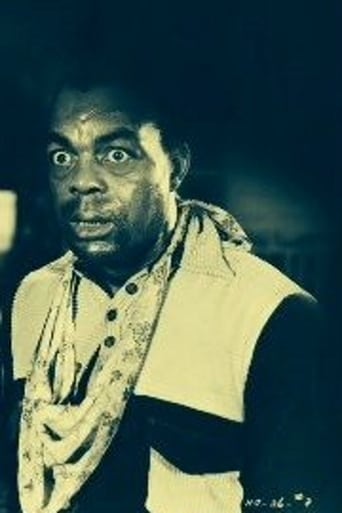 Blue Washington was born on February 12, 1898 in Los Angeles, California, as Edgar Hughes Washington. He was an actor, known for There It Is (1928), Beggars of Life (1928) and Haunted Gold (1932). He was married to Marion Lenán. He died on September 15, 1970, at Mira Loma Hospital in Lancaster, California. He was laid to rest at Evergreen Memorial Park in Los Angeles. His son, Kenny Washington, was buried beside him in 1971. Edgar 'Blue' Washington was also a ballplayer in the Negro League for the Los Angeles White Sox and (briefly) the Kansas City Monarchs. He was a childhood friend of Frank Capra and appeared as John Wayne’s sidekick in Haunted Gold (1932), but it wasn’t always clear he was headed for Hollywood.  He played professional baseball in the 1910s and 1920s for two of the most glamorous African American teams in existence, and for a time it must have seemed obvious that this was his vocation.  In the end he chose a different path.  It certainly wasn’t easier — Hollywood at that time was only marginally more accepting of black contributions than the white major leagues.  The nickname 'Blue' came from Frank Capra, one of his best pals in the ethnically diverse surroundings of Lincoln Heights, Los Angeles.