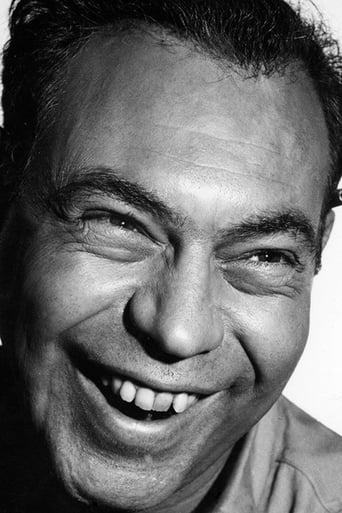 Rudolph Bond (October 10, 1912 – March 29, 1982) was an American actor who was active from 1947 until his death. His work spanned Broadway, Hollywood and US television. Bond was introduced to the world of acting at the age of 16. He was playing basketball with a group of friends when Julie Sutton, the director of a city amateur acting group (Neighborhood Players, which performed in the same building as the basketball area) approached the group and asked if anybody wanted to be in an upcoming play. He volunteered, and acted in several plays before leaving Philadelphia to join the United States Army. He spent four years in the army, was wounded while serving in World War II, and returned to Philadelphia upon his discharge. He continued acting in the Neighborhood Players until 1945, when he won second prize in the John Golden Award for Actors, which allowed him to enroll in Elia Kazan's Actor's Studio in New York City. Kazan got him a substantial role in two stage productions. After his success in the second (A Streetcar Named Desire), he was invited to Hollywood to recreate his stage role in the movie version. In 1951 he appeared in "Romeo and Juliet" at the Broadhurst Theatre in New York and in 1960 he toured in "Fiorello" (which starred Tom Bosley). He spent the next thirty years bouncing between California and New York, and between movie and television work.