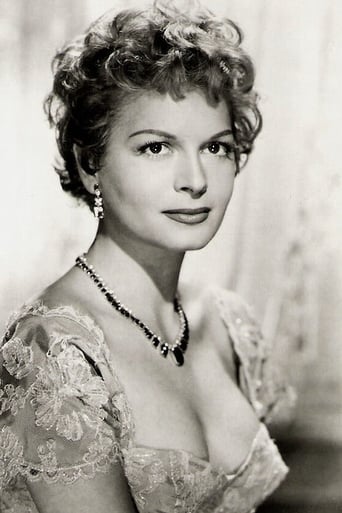 From Wikipedia, the free encyclopedia. Eva Bartok (18 June 1927 – 1 August 1998), born Eva Ivanova Szöke, was an actress born in Budapest, Hungary. She began acting in films in 1950 and her last credited appearance was in 1966. She is best known for appearances in Blood and Black Lace, The Crimson Pirate, Operation Amsterdam, and Ten Thousand Bedrooms. Description above from the Wikipedia article Eva Bartok, licensed under CC-BY-SA, full list of contributors on Wikipedia.