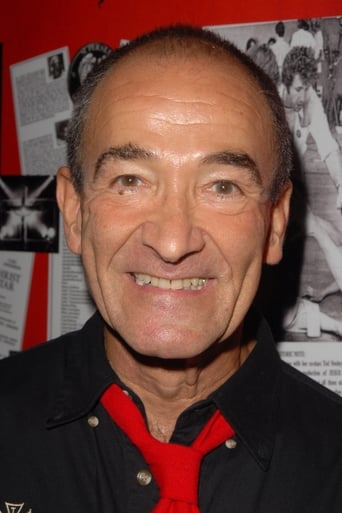 ​From Wikipedia, the free encyclopedia Barry Dennen (born February 22, 1938) is an American actor, singer, and writer. Dennen was born in Chicago, Illinois. In New York City from 1960 to 1963, he had a relationship with Barbra Streisand, including living together for a year, during which time he helped her develop the nightclub act that began her successful career as a singer and actress. He moved to London for fifteen years and in 1968 landed the starring role of the master of ceremonies in the London version of Cabaret. In 1970, he played Pontius Pilate on the album of Jesus Christ Superstar, and he played the same role in the Broadway production (1971). In the same year, he played Mendel in Norman Jewison's film of Fiddler on the Roof. According to Dennen's website, he suggested to Jewison that he direct a film of Superstar. Jewison did so, and Dennen played Pilate again (1973). He was the voice actor who portrayed the Chamberlain SkekSil in The Dark Crystal. He has also done voice work on such cartoons as DuckTales, Batman: The Animated Series, The Pirates of Dark Water, Animaniacs, and Avatar: The Last Airbender. Since that time Dennen has had a variety of small parts on American television shows and films, including: Batman; Superman III; The Kentucky Fried Movie; The Shining; Galtar and the Golden Lance; Tales from the Darkside and Titanic. He played auto dealer Irwin Lapsey in Shock Treatment, the sequel toThe Rocky Horror Picture Show. He has also done voices for many video games, including Fatman in Metal Gear Solid 2, Police Chief Bogen in Grim Fandango, Mimir in the recent video game Too Human, Dean Domino in Fallout: New Vegas expansion "Dead Money", and the Dark One in The Mark of Kri. He wrote the screenplay for an episode of Amazing Stories titled "The Secret Cinema" (1985) and cowrote an episode of The Comic Strip Presents... titled "Demonella" (1993). His autobiographical book, My Life With Barbra: A Love Story (1997), deals with their relationship and with his gradual realization that he was a homosexual. Description above from the Wikipedia article  Barry Dennen, licensed under CC-BY-SA, full list of contributors on Wikipedia.