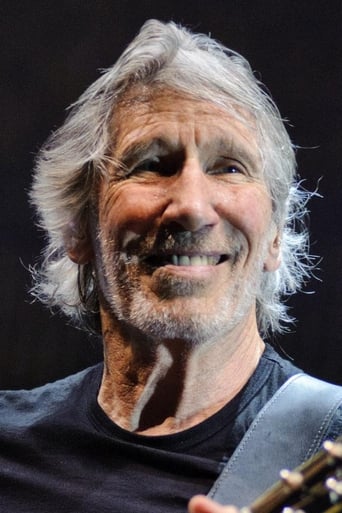 George Roger Waters (born 6 September 1943) is an English musician, singer-songwriter and composer. He was a founding member of the rock band Pink Floyd, serving as bassist and co-lead vocalist. Following the departure of bandmate Syd Barrett in 1968, Waters became the band's lyricist, principal songwriter and conceptual leader. The band subsequently achieved worldwide success in the 1970s with the concept albums The Dark Side of the Moon, Wish You Were Here, Animals, and The Wall. Although Waters' primary instrument in Pink Floyd was the bass guitar, he also experimented with synthesisers and tape loops and played rhythm guitars in recordings and in concert. Amid creative differences within the group, Waters left Pink Floyd in 1985 and began a legal battle with the remaining members over their future use of the group's name and material. The dispute was settled out of court in 1987, and nearly eighteen years passed before he performed with Pink Floyd again. Waters' solo career has included three studio albums: The Pros and Cons of Hitchhiking (1984), Radio K.A.O.S. (1987), and Amused to Death (1992). In 1986, he contributed songs and a score to the soundtrack of the movie When the Wind Blows based on the Raymond Briggs book of the same name. In 1990, he staged one of the largest rock concerts in history, The Wall – Live in Berlin, with an estimated 200,000 people in attendance. In 1996, he was inducted into the US and UK Rock and Roll Hall of Fame as a member of Pink Floyd. He has toured extensively as a solo act since 1999 and played The Dark Side of the Moon in its entirety for his world tours of 2006–2008. In 2005, he released Ça Ira, an opera in three acts translated from Étienne Roda-Gil and his wife Nadine Delahaye's libretto based on the early French Revolution. On 2 July 2005, he reunited with Pink Floyd bandmates Nick Mason, Richard Wright, and David Gilmour for the Live 8 benefit concert, the group's only appearance with Waters since their last performance with him 24 years earlier. In 2010, he began The Wall Live, a worldwide tour that features a complete performance of The Wall.