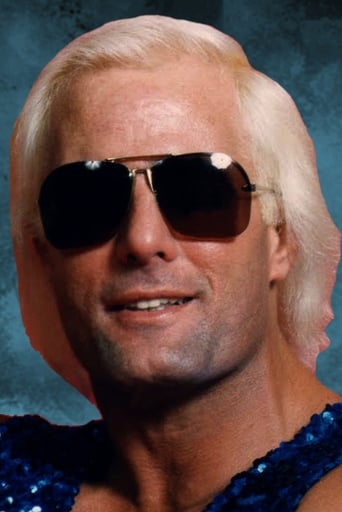 Michael McCord is an American retired professional wrestler, better known by his ring name, "The Universal Heartthrob" Austin Idol. McCord graduated from Robinson High School in Tampa, Florida. He started wrestling as Iron Mike McCord, a superheavyweight powerlifter in 1972, and became a star in a number of southeast promotions, holding many titles in the Memphis, Georgia, Birmingham, Texas All Star & Mid Atlantic territories. McCord also had a stint in the WWWF with Lou Albano as his manager. He also worked main event matches against then world champion Pedro Morales. McCord and wrestlers Gary Hart and Bobby Shane were passengers on a Cessna 182 flown by wrestler Buddy Colt, which crashed on February 20, 1975 into Tampa Bay in Florida, killing Shane. After a period of inactivity healing from two broken ankles, he emerged with bleach-blonde hair, over 100 lbs lighter, and the new ring name "Universal Heartthrob" Austin Idol. Idol is well known for a feud during the 1980s with the popular Jerry "The King" Lawler in the CWA and AWA territories. In a 1981 angle, Idol dressed up as a masked Mexican wrestler, presenting the "Top Rated Wrestler in Mexico" award to Lawler on TV before sucker-punching him. Afterwards, he delivered an interview where he promised to clean up Memphis and rid it of Lawler. Early in the year, Lawler burned Idol's neck in a match. On April 27, 1987, Idol defeated Lawler in a steel cage match with the assistance of "Wildfire" Tommy Rich, who hid underneath the ring for the entirety of the event, winning the AWA Southern Heavyweight championship and causing Lawler to lose his hair. Idol semi-retired in 1990, wrestling only every few years until the mid-1990s. In addition, he promoted his own promotion in Alabama in 1993. After appearing on Memphis Power Pro Wrestling's first television show in 1998, he officially retired. Idol has since become a popular motivational speaker. In November 2012, Idol launched his new radio program Austin Idol Rock & Roll Wrestling Show broadcasting on American Hearts Network. Shortly after appearing on Jim Cornette's podcast "Jim Cornette Experience", he decided to host his own radio show called "Austin Idol Live" in early 2017. After 31 weekly podcasts, Austin Idol announced his retirement from the Podcast world on September 19, 2017 (episode #32), citing new ventures ahead. On December 9, 2017, Idol appeared at Combat Zone Wrestling's Cage of Death 19. He interrupted National Wrestling Alliance World's Heavyweight Champion Tim Storm, who was issuing an open challenge for the title. Idol introduced Nick Aldis, who had previously lost in a title match to Storm. Aldis invoked a guaranteed rematch, and defeated Storm later in the show to win the title. Three days later, the NWA posted a video to its YouTube channel noting Idol had returned to pro wrestling and was now Aldis's manager. On January 8, 2020, Idol made a guest appearance on All Elite Wrestling's AEW Dark as part of a commemoration of Memphis wrestling.