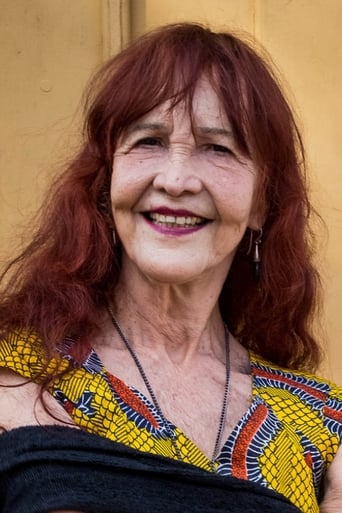 Helena Ignez (born May 23, 1942) is a Brazilian actress and filmmaker. Helena was born in Salvador, Bahia and was attending her second year of law school when she fell in love with theater and decided to study the Dramatic Arts at the Federal University of Bahia. At the time, the Bahian theater scene was breaking with traditional Brazilian theater and experiencing strong influence from the young vanguard. She first appeared on the screen in Glauber Rocha's short film "Pátio". Helena acted in a few films associated with the Cinema Novo movement, such as "A Grande Feira" (1961), "Assalto ao Trem Pagador" (1962), and "O Padre e a Moça" (1966) before playing Janete Jane in O Bandido da Luz Vermelha by Rogério Sganzerla. After this film, she would perform in some most significant films in the Cinema Marginal movement, which directly opposed the critically acclaimed Cinema Novo -- the most remarkable being her role as Ângela Carne e "Osso in A Mulher de Todos" (1969). She also was a financial partner of Rogério Sganzerla and fellow Cinema Marginal filmmaker Júlio Bressane in the short-lived, although prolific, Belair production company. Between 1968 and 1970, Sganzerla and Ignez made almost a dozen films together and were also married and had two children -- one of which would become actress Djin Sganzerla. As a filmmaker, Ignez has directed 7 films, the most notable being "Luz das Trevas" (2010), a sequel to Sganzerla's debut feature "O Bandido da Luz Vermelha" (1968).