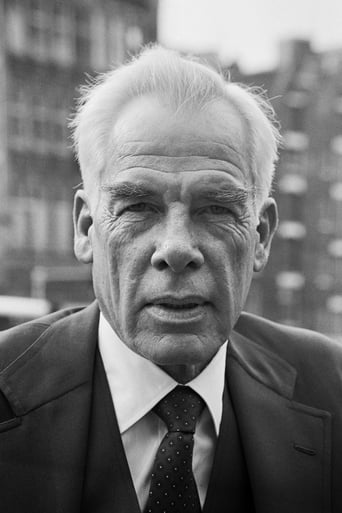 Lee Marvin (February 19, 1924 – August 29, 1987) was an American actor. Known for his distinctive voice and premature white hair, Marvin initially appeared in supporting roles, mostly villains, soldiers, and other hardboiled characters. A prominent television role was that of Detective Lieutenant Frank Ballinger in the crime series M Squad (1957–1960). Marvin is best remembered for his lead roles as "tough guy" characters such as Charlie Strom in The Killers (1964), Rico Fardan in The Professionals (1966), Major John Reisman in The Dirty Dozen, Walker in Point Blank (both 1967), and the Sergeant in The Big Red One (1980). One of Marvin's more notable movie projects was Cat Ballou (1965), a comedy Western in which he played dual roles. For portraying both gunfighter Kid Shelleen and criminal Tim Strawn, he won the Academy Award for Best Actor, along with a BAFTA Award, a Golden Globe Award, an NBR Award, and the Silver Bear for Best Actor. Description above from the Wikipedia article Lee Marvin, licensed under CC-BY-SA, full list of contributors on Wikipedia​