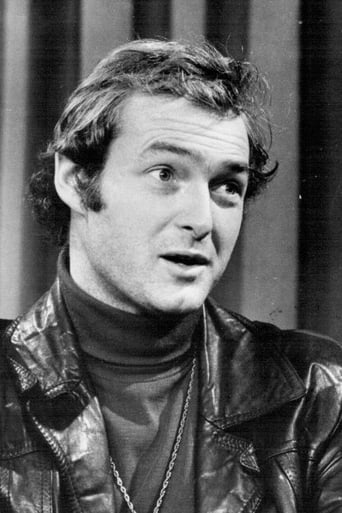 Brian Trenchard-Smith is an Anglo Australian film and television director, producer, and writer, with a reputation for large scale movies on small scale budgets, many of which display a quirky sense of humor that has earned him a cult following. Quentin Tarantino referred to him in Entertainment Weekly as one of his favorite directors. His early work is featured in Not Quite Hollywood, an award winning documentary released by Magnolia. Among his early successes were the 20th Century Fox release The Man from Hong Kong, a wry James Bond/Chop Sockey cocktail, the Vietnam battle movie Siege of Firebase Gloria, and the futuristic satire Dead End Drive-In, a particular Tarantino favorite. BMX Bandits, showcasing a 15-year old Nicole Kidman, and Miramax's The Quest, starring ET's Henry Thomas, won prizes at children's film festivals in Montreal and Europe. He has also directed 35 episodes of television series as diverse as Silk Stalkings, Time Trax, The Others, and Flipper. Born in England, where his Australian father was in the RAF, Trenchard-Smith attended UK's prestigious Wellington College, where he neglected studies in favor of acting and making short films, before migrating to Australia. He started as a news film editor, then graduated to network promos before he became one of a group of young people that, as he recalls, "pushed, shoved, lobbied and bullied the government into introducing investment for Australian made films." He persuaded Australia's largest distribution-exhibition circuit at the time, the Greater Union Theater Organization, to form an in-house production company that he would run. The company made three successful films in a row, and his career was underway. In parallel careers, he was also founding editor of Australia's quarterly Movie magazine for 6 years, and has made over 100 trailers for other directors in Australia, Europe, and America. Among his 39 movies, 5 were commissioned by Showtime, including the remake of the World War II classic, Sahara, the highly rated, Happy Face Murders, starring Ann-Margret, and DC 9/11: Time of Crisis, with Timothy Bottoms as President Bush. His frequently repeated family drama for Lifetime, Long Lost Son starring Gabrielle Anwar, introduced future Gossip Girl's Chace Crawford to audiences in the title role." I knew from his first scene, he was going to be hot." In 2009, Trenchard-Smith shot Porky's - The College Years, a re-imagining of the famous 80's franchise of teen comedies. His recent ecological thriller Arctic Blast, starring Michael Shanks, was chosen to premiere at the 2010 Possible Worlds Canadian Film Festival in Sydney. Trenchard-Smith writes for filmindustrybloggers.com as The Genre Director, and is a contributing guru to trailersfromhell.com. He is married to Byzantine historian Dr. Margaret Trenchard-Smith, lives in Los Angeles, and is a member of the British Academy of Film and Television Arts.