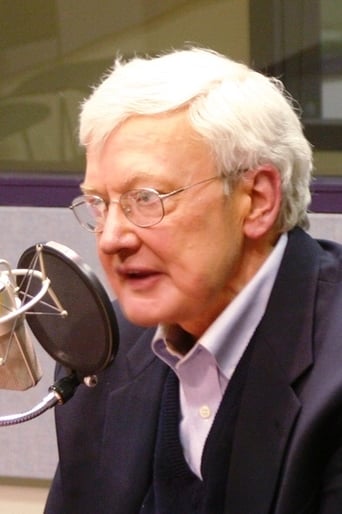 Roger Ebert was a Pulitzer Prize winning film critic, journalist, and screenwriter.  Described by Forbes magazine as the "most powerful pundit in America", Ebert was the first film critic to be awarded a star on the Hollywood Walk of Fame as well as a Pulitzer Prize.  Ebert's began his criticizing career in 1967 as a critic for the Chicago Sun-Times and later gained national recognition co-hosting a number of shows with Gene Siskel in which they coined the 'thumbs up- thumbs down' style of reviewing.   Following Siskel's 1999 death Ebert continued to host "And The Movies" with Richard Roeper until 2006 when he stopped appearing due to developing Thyroid cancer.  Complications from the cancer ended up taking much of his tongue and jaw, forcing Ebert to undergo massive reconstruction surgery and speak with the help of a computer program (which was configured with his own voice due to the volume of recorded spoken language from Ebert's TV show).   He continued to write reviews for his website later in life. On April 3rd, 2013 announced his cancer had returned and he would be taking a "leave of presence", lowering the amount he would be writing and only reviewing films he wanted to review.   Ebert succumbed to his cancer the next day, April 4th, 2013.  The balcony is closed.