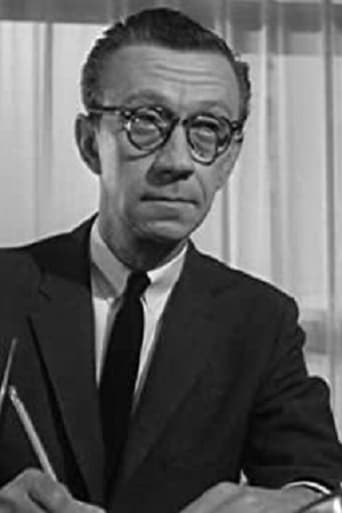 Thin, fidgety James Millholin made a career out of playing dyspeptic bureaucrats, nervous hotel clerks and other officious authority types. Somewhat reminiscent of Edward Everett Horton or Franklin Pangborn, Millhollin's pinched face, somewhat pop eyes and flighty mannerisms fit those roles like a glove, one of the best examples being the army psychiatrist driven to distraction trying to give Andy Griffith a psychological examination in No Time for Sergeants (1958) (a role he also played on Broadway). Born in Peoria, IL, Millhollin had a career on the Broadway stage and did much television in the early 1950s before breaking into films. After retiring from the industry he moved to Mississippi, where he died in 1993. - IMDb Mini Biography By: frankfob2@yahoo.com