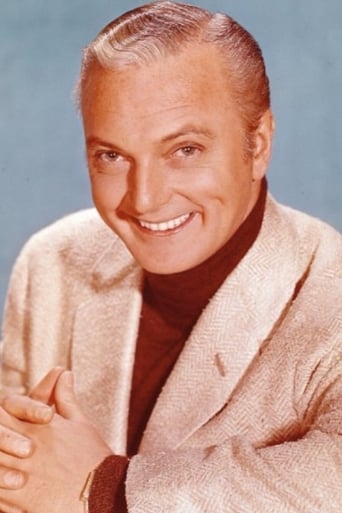 From Wikipedia, the free encyclopedia. John Joseph Edward “Jack” Cassidy (March 5, 1927 – December 12, 1976) was an American actor of stage, film and screen. His frequent professional persona was that of an urbane, super-confident egotist with a dramatic flair, much in the manner of Broadway actor Frank Fay. Cassidy perfected this character to such an extent that he was cast as the legendary John Barrymore in the feature film W.C. Fields and Me. The role of the vain, shallow, buffoon-like newsman Ted Baxter on TV's The Mary Tyler Moore Show (1970–1977) was written with Cassidy in mind. However, Cassidy turned down the role, feeling that it was not right for him, and the part went to Ted Knight. Cassidy later appeared as a guest star in a 1971 episode as Ted's highly competitive and equally egocentric brother, Hal. Description above from the Wikipedia article Jack Cassidy, licensed under CC-BY-SA, full list of contributors on Wikipedia.​