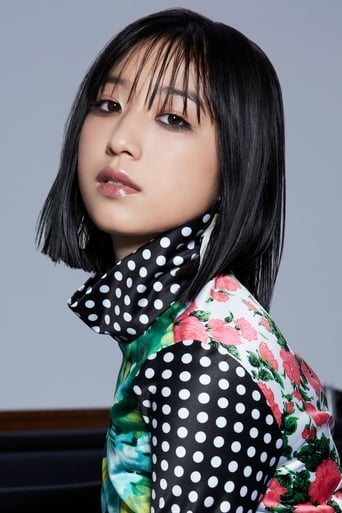 Nozomi Bando is a Japanese dancer, fashion model, and actress who is a member of Flower and E-girls, former model for Hanachu and an exclusive model for Seventeen. Bando is represented by LDH. She is the youngest member of Flower. Bando was born in Tokyo in 1997. She has an older brother. From the age of three, Bando started to learn classical ballet and attended Masako Ono Ballet Studio during her second grade in elementary school. She also started hip-hop dancing during her fifth year in elementary school and attended the Exile Professional Gym (EXPG) in Tokyo. In 2010, Bando made her model debut in the fashion magazine Hanachu and served as an exclusive model until she went on hiatus on the following year. In 2011, she passed the dance performance department of the Exile Presents Vocal Battle Audition 3: For Girls, and became a member of Flower and E-girls. Bando also been in the vocal department but was eliminated in the primary screening. Later in August, she became an exclusive model in the fashion magazine Seventeen after she passed the Miss Seventeen 2011 audition along with Shinkawa Yua, Nakajo Ayumi, and Hashizume Ai. On October 12, Flower made their debut with the single "Still". The song was a problem during its audition. In July 2012, Bando made her acting debut in the Kansai Telecasting Corporation series GTO. In April 2015, she graduated from the magazine Seventeen, ending her work as an exclusive model for the magazine. On September 30, 2019, she left Flower with the group's disbandment, remaining as a member of E-girls. On December 22, with the announcement of E-girls' disbandment set for around the end of 2020, it was revealed that Bando would focus on acting and modelling activities.