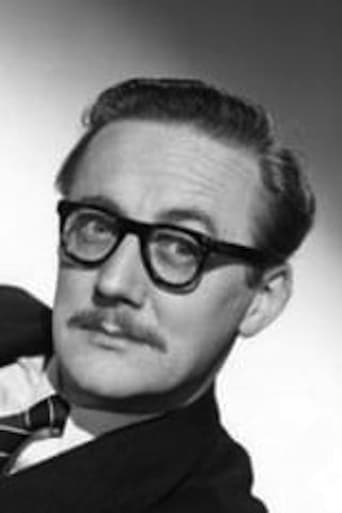 ​From Wikipedia, the free encyclopedia.   Colin Gordon (27 April 1911 – 4 October 1972) was a British actor born in Ceylon (now Sri Lanka). He was educated at Marlborough College and Christ Church, Oxford. He made his first West End appearance in 1934 as the hind legs of a horse in a production of “Toad of Toad Hall”. From 1936 to 1939 he was a director with the Fred Melville Repertory Company at Brixton. He served in the army during WWII for six years. His performance in 1948 as Rupert Billings in “The Happiest Days of Your Life” won the Clarence Derwent award. Gordon had a long career in British cinema and television from the 1940s to the 1970s, often playing government officials. His films include The Pink Panther and Casino Royale although he is probably best known for his portrayal of Number Two in the ITC classic series The Prisoner. Along with Leo McKern, he was one of only two actors to play Number Two more than once. He first played the character in "The General" and later reprised his role in "A. B. and C.". In fact, the episodes were subsequently broadcast in reverse order: when "The General" was in production, "A. B. and C" had not yet been cast. Gordon was a regular in another ITC production, The Baron playing civil servant Templeton-Green opposite Steve Forrest. He also played the host and occasional narrator of the 1969 London Weekend Television series The Complete and Utter History of Britain, which arose from a pre-Monty Python collaboration between Michael Palin and Terry Jones; and was the Airport Commandant in the 1967 Doctor Who story The Faceless Ones. He was also in Bachelor Father and made a notable guest appearance in The Holiday episode of Steptoe and Son. Description above from the Wikipedia article Colin Gordon, licensed under CC-BY-SA, full list of contributors on Wikipedia.