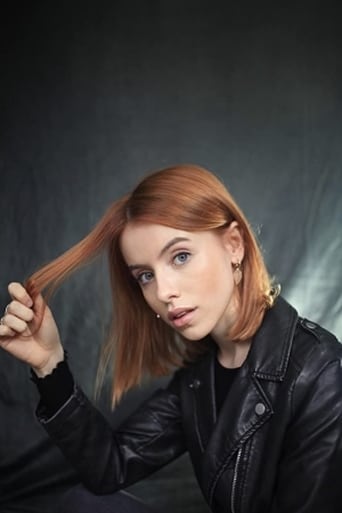 Rosie Day (born March 6 1995) is a British actress. She is known for playing Angel in Paul Hyett's feature film The Seasoning House for which she received great reviews. She is also known for playing Millie Bartham in ITV'S Homefront. She also played Nicolette in ITV's Bernard's Watch and Bernard. She provides the voice of Laura Large in the successful CBeebies show The Large Family. She was also seen playing Tess Elliot in ITV's medical drama: Harley Street playing the daughter of Suranne Jones. She played Naomi in box office hit 'Spur of the Moment' written by award winning playwright Anya Reiss at the Royal Court Theatre in London's West End. In 2012 she made her feature film debut in horror thriller "The Seasoning House" in the lead role of Angel, alongside Sean Pertwee, due for release in early 2013, with CineVue stating:'Equally clear, is that 18-year-old Rosie Day has a long screen career ahead of her, as she effortlessly carries the entire film on her slight shoulders' Rosie was chosen as one of Screen Internationals Stars of Tomorrow 2013.