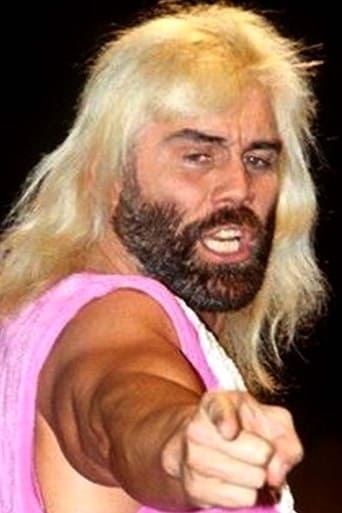 Mark Sciarra is an American retired professional wrestler, better known by his ring name, "Hustler" Rip Rogers. He is currently head trainer for Ohio Valley Wrestling (OVW). In 1989, he wrestled for the World Wrestling Council in Puerto Rico as one of their top heels with partner Abbuda Dein. He was back in the NWA in time for it to be renamed World Championship Wrestling (WCW) he wrestled in wcw from 1991 to 1994 and he lost several matches to Pillman. Rogers later substituted for Pillman, being the scapegoat in the ill-fated Yellow Dog angle. His biggest win was at Battlebowl in 1993 where he teamed with Road Warrior Hawk and defeated Davey Boy Smith & Booker T (then named Kole). By late 1993, he had left WCW for the Global Wrestling Federation where he joined The Cartel, which included Scotty Anthony, Makhan Singh and Cactus Jack. They were the top heels for several months and he created a lot of havoc while there. After that run, he occasionally wrestled in the United States, wrestling for a time with a promotion in Indianapolis known as Circle City Wrestling. He finally settled in Ohio Valley Wrestling (OVW) in 1997. He teamed with Dave the Rave and formed the "Suicide Blondes" with Jason Lee. When he retired from active competition in 2000, he was named head trainer at OVW. At the age of 48, Rogers was hit by a car and sustained injuries which forced him to completely retire from in-ring competition; according to a 2011 story on OVW, the accident left him "with a stiff limp". Rogers currently runs an advanced wrestling class at OVW, where he teaches up and coming wrestlers. As head trainer for OVW, Rogers has been involved in training over thirty wrestlers who appeared in WWE or Impact Wrestling, notably including Brock Lesnar, John Cena, Mark Henry, Dave Bautista, and Randy Orton. Rogers was known for his berserk reaction after losing a match. Even after being cleanly pinned, Rogers would vociferously protest to the referee that his opponent had cheated. Usually, he would claim that his hair or trunks had been pulled by the other wrestler to score the victory. These claims would be accompanied by a frenzied voice and wild pantomimes of hair and trunk pulling. Rip also fought in 3 pro boxing matches in 1996 at 41 years old. His record stands at 1 win, 1 loss, 1 draw, with 1 TKO. He was trained by longtime friend Bobby 'Sweetpain' Duchi a veteran pro boxer, kickboxer, and champion weightlifter. Other media Rip made an appearance in the 1993 music video for "Human Wheels" by fellow Seymour native John Mellencamp. Rip has done some apperances on The Pat McAfee show podcast while it was part of Barstool Sports.