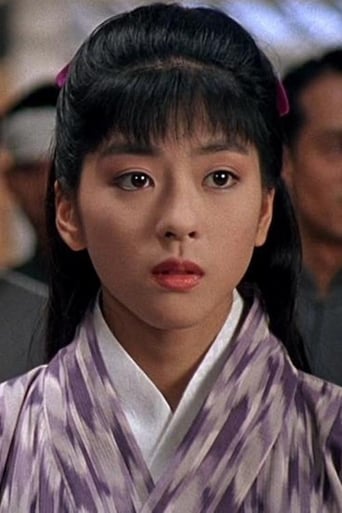 From Wikipedia, the free encyclopedia. Shinobu Nakayama (Nakayama Shinobu , born January 18, 1973) is an actress and a former J-pop singer. She was born in Tokyo, Japan, and released her first single on 2 November 1988. Her final release as a J-pop artist was on 1 March 1991. She was a member of the short-lived idol groups Nanatsuboshi and Rakutenshi. She is the younger sister of actress Miho Nakayama. Best known for her role of Mayumi Nagamine in Gamera: Guardian of the Universe (1995) and Gamera 3: Incomplete Struggle (1999), Shinobu Nakayama like her older sister, Miho Nakayama, started out her career as a musician. Unfortunately, Nakayama could never quite attain the same popularity of her older sister as a solo artist, but became successful when she joined a music group called Rakutenshi. In the early 1990s Shinobu Nakayama started a career in acting, again following in the footsteps of her older sister. Her career finally started going after she landed a role in the Jet Li movie Fist of Legend, a remake of the Bruce Lee film Chinese Connection. Shortly afterwards she got the part of Mayumi Nagamine in Gamera: Guardian of the Universe (1995), which lead to playing that same character four years later in Gamera 3: Incomplete Struggle (1999). Description above from the Wikipedia article Shinobu Nakayama, licensed under CC-BY-SA,full list of contributors on Wikipedia.