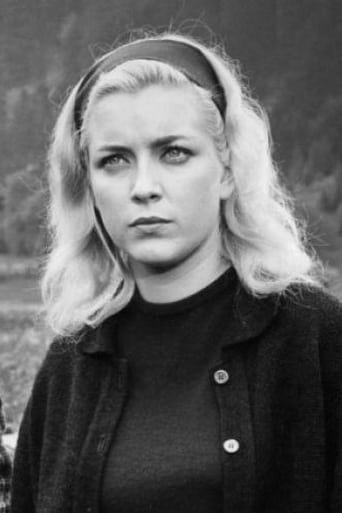 Marie Dubois (born January 12, 1937 – 15 October 2014) was a French actress. She made her film debut in 1959, and first gained notice in Shoot the Piano Player. She has since played mainly supporting roles, and in the 1960s she appeared in New Wave films such as Jules and Jim and The Thief of Paris, thrillers like Hot Line, and comedies like La Ronde, La Grande Vadrouille, and Monte Carlo or Bust. Her film appearances in the 1970s include L'Innocente, The Surveyors, Vincent, François, Paul et les autres, Night Flight from Moscow and La Menace (for which she won the César Award for Best Actress in a Supporting Role). In the 1980s she appeared in Mon oncle d'Amérique, La Petite Sirene, Une femme en fuite, Garçon! and Descente aux enfers (for which she received a second César nomination for Best Supporting Actress). Description above from the Wikipedia article Marie Dubois, licensed under CC-BY-SA, full list of contributors on Wikipedia.