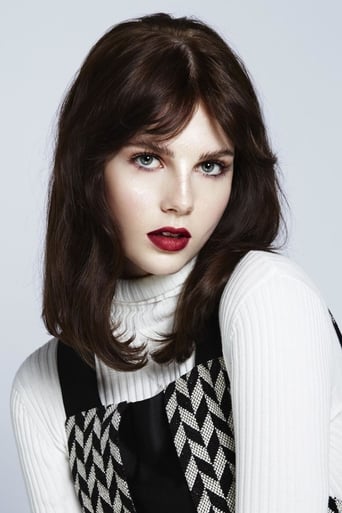 Lucy Boynton (born 17 January 1994) is a British-American actress. Her first professional role was as the young Beatrix Potter in Miss Potter (2006), for which she was nominated for the Young Artist Award for Best Performance in a Feature Film – Supporting Young Actress. She went on to play Posy Fossil in 2007 in the BBC film Ballet Shoes. She also played the role of Margaret Dashwood in the BBC serial Sense and Sensibility (2008). She portrayed the mysterious model Raphina in the 2016 film Sing Street, a ghost Polly Parsons in the 2016 film I Am the Pretty Thing That Lives in the House and Countess Helena Andrenyi in the 2017 adaptation of Murder on the Orient Express. She played Freddie Mercury's partner, Mary Austin, in the biopic Bohemian Rhapsody (2018), for which earned the cast a nomination for Outstanding Performance by a Cast in a Motion Picture at the 25th Screen Actors Guild Awards. She portrayed Astrid Sloan in the Netflix series The Politician (2019–). Description above is from the Wikipedia article Lucy Boynton, licensed under CC-BY-SA, full list of contributors on Wikipedia.