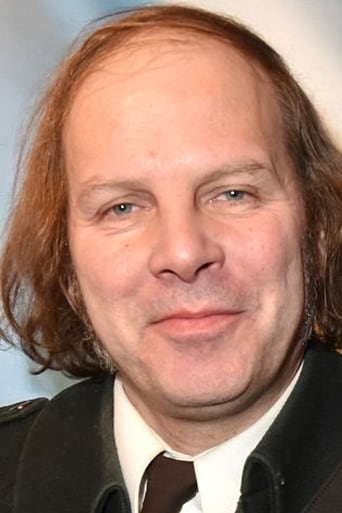 Philippe Blanchard (born December 8, 1968), known professionally as Philippe Katerine, is a French singer-songwriter, actor, director and writer who began his career in 1991. Some of his popular singles include "Mon cœur balance", "Je vous emmerde", and "Louxor j'adore". At the beginning of his career, his musical style was sometimes associated with the easy-listening movement by offering music with bossa nova accents accompanied by texts often morbid or anguished and tinged with humor, all sometimes interspersed with audio collages. He also turned to rock, a little bit of electronic music without ever setting aside to be part of the quirky French song. In 2010, he attracted people’s attention as an actor by lending his features to Boris Vian in the biopic Gainsbourg, A Heroic Life, from Joann Sfar. The following year, he was put forward with being the headliner in the offbeat comedy, I am a No Man's Land. In 2015, he played head of state in Gaz de France. At the same time, he essentially became known as a quirky second role from French comedies: La Tour 2 contrôle infernale (2016), by Éric Judor, Hibou (2016), by Ramzy Bedia, We Are Family (2016), by Gabriel Julien-Laferrière, Le Petit Spirou (2017), by Nicolas Bary, Sink or Swim (2018), by Gilles Lellouche, and The World is Yours (2018), by Romain Gavras. At the 44th César Awards, he received the César Award for Best Supporting Actor for his performance in Sink or Swim. Source: Article "Philippe Katerine" from Wikipedia in english, licensed under CC-BY-SA 3.0.