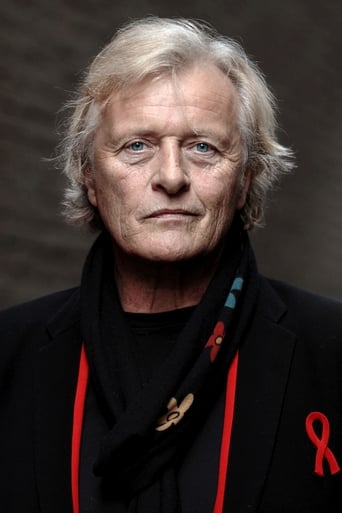 Rutger Oelsen Hauer (23 January 1944 - 19 July 2019) was a Dutch film actor. He was well known for his roles in Flesh + Blood, Blind Fury, Blade Runner, The Hitcher, Nighthawks, Sin City, Ladyhawke, The Blood of Heroes and Batman Begins. Hauer was born in Breukelen, Netherlands, to drama teachers Arend and Teunke, and grew up in Amsterdam. Since his parents were very occupied with their careers, he and his three sisters (one older, two younger) were raised mostly by nannies. At the age of 15, Hauer ran off to sea and spent a year scrubbing decks aboard a freighter. Returning home, he worked as an electrician and a carpenter for three years while attending acting classes at night school. He went on to join an experimental troupe, with which he remained for five years before he was cast in the lead role in the very successful 1969 television series Floris, a Dutch Ivanhoe-like medieval action drama. The role made him famous in his native country. Hauer's career changed course when director Paul Verhoeven cast him as the lead in Turkish Delight (1973) (based on the Jan Wolkers book of the same name). The movie found box-office favour abroad as well as at home, and within two years, its star was invited to make his English-language debut in the British film The Wilby Conspiracy (1975). Set in South Africa and starring Michael Caine and Sidney Poitier, the film was an action melodrama with a focus on apartheid. Hauer's supporting role, however, was barely noticed in Hollywood, and he returned to Dutch films for several years. Hauer made his American debut in the Sylvester Stallone vehicle Nighthawks (1981), cast as a psychopathic and cold-blooded terrorist named "Wolfgar" (after a character in the Old English poem Beowulf). The following year, he appeared in arguably his most famous and acclaimed role as the eccentric, violent, yet sympathetic replicant Roy Batty in Ridley Scott's 1982 sci-fi thriller, Blade Runner. Hauer was a dedicated environmentalist. He fought for the release of Greenpeace's co-founder, Paul Watson, who was convicted in 1994 for sinking a Norwegian whaling vessel. Hauer has also established an AIDS awareness foundation called the Rutger Hauer Starfish Foundation. He married his second wife, Ineke, in 1985 (they had been together since 1968); and he has one child, actress Aysha Hauer, who was born in 1966 and who made him a grandfather in 1988. In April 2007, he published his autobiography All Those Moments: Stories of Heroes, Villains, Replicants, and Blade Runners (co-written with Patrick Quinlan) where he discussed many of his movie roles. Proceeds of the book go to Hauer's Starfish Foundation.