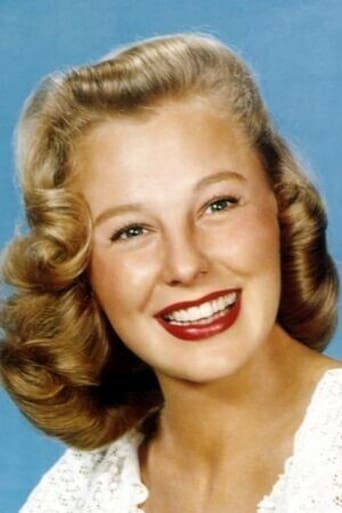 ​From Wikipedia, the free encyclopedia. June Allyson (October 7, 1917 – July 8, 2006) was an American film and television actress, popular in the 1940s and 1950s. She was a major MGM contract star. Allyson won the Golden Globe Award for Best Actress for her performance in Too Young to Kiss (1951). From 1959–1961, she hosted and occasionally starred in her own CBS anthology series, The DuPont Show with June Allyson. A later generation knew her as a spokesperson for Depend undergarments. Description above from the Wikipedia article June Allyson, licensed under CC-BY-SA, full list of contributors on Wikipedia