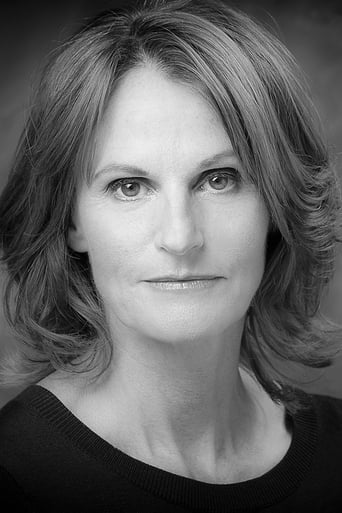 Gwyneth Strong (born 2 December 1959) is an English actress. She is best known for her role in the BBC sitcom Only Fools and Horses as Cassandra, the love interest and, later, wife of Rodney (Nicholas Lyndhurst). Strong's first acting appearance was in the Royal Court Theatre's production Live Like Pigs, when she was eleven. In 1973, whilst a pupil at Holland Park School, she appeared in the horror film Nothing But the Night as Mary Valley, and she was a regular in the children's TV series The Flockton Flyer between 1977 and 1979, as Jan Carter. As well as her prominent role in the later series of Only Fools and Horses, she has appeared in the "Observation" segment about Detective Samantha Smith made for the 1990 series of The Krypton Factor, the two-part drama serial The Missing Postman as WPC Rachel McMahon, the BBC drama Real Women from 1997 to 1998, as Hetty in ITV's Lucy Sullivan Is Getting Married (1999), and in BBC drama Casualty in 2013 as Jim Brodie's wife, Elizabeth. Strong featured in the television film It's A Lovely Day Tomorrow (1975), written by Bernard Kops and directed by John Goldschmidt, depicting the real-life drama of the Bethnal Green tube disaster in the Second World War. She also appeared in the "True Confessions" two-part episode of the series A Touch of Frost, reuniting her on screen with her Only Fools and Horses co-star David Jason. She appeared on the West End stage in 2008, in the musical Our House, in which she played Kath Casey. In May 2010, Strong appeared in an episode of Midsomer Murders. On 16 September 2016, she joined the cast of the popular BBC soap opera EastEnders, in the recurring role of Geraldine Clough. Strong married former Footballers' Wives and Eldorado star Jesse Birdsall on 15 July 2000. They have one son Oscar (born 1988), and one daughter Lottie (born 1991) She now lives in Bexhill, East Sussex. From Wikipedia, the free encyclopedia