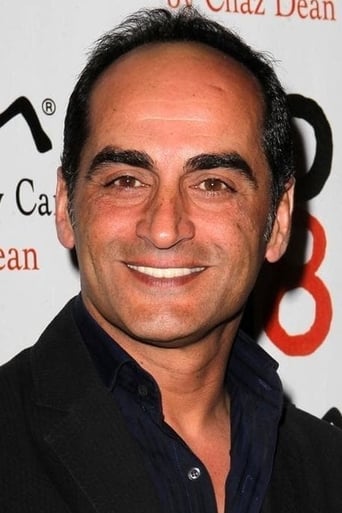 Navid Negahban was born and raised in Mashhad, Iran. His passion for acting led him to Germany, where he spent eight years honing his theatrical skills prior to arriving in the US. Navid has been building a strong resume ever since, playing a broad range of intriguing characters for film, theatre, and television. Navid has a powerful leading role in the stunning dramatic feature The Stoning of Soraya M., and significant supporting roles in Brothers with Tobey Maguire, directed by Jim Sheridan, Powder Blue with Jessica Biel and Forest Whitaker, and Charlie Wilson's War opposite Tom Hanks, directed by Mike Nichols. On TV, Navid had a recurring role on the eighth and final season of 24, and guest appearances include Lost, CSI: Miami, Law & Order, Covert Affairs, and NCIS: Los Angeles. Navid recently (2011) appeared as Dr. Robert Stadler in Atlas Shrugged Part 1. He also shot The Power of Few in New Orleans with Christopher Walken and Christian Slater. Navid is currently (2011/2012) playing the chilling Abu Nazir on Showtime's Homeland, with Damian Lewis and Claire Danes. Credit:  J. Bass