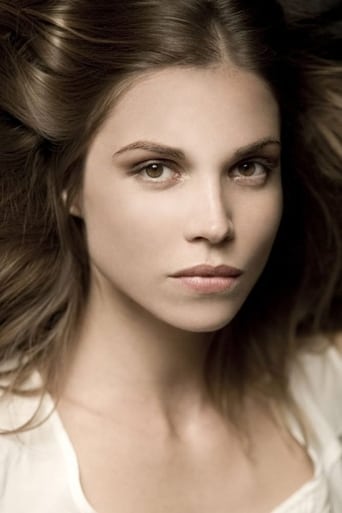 Elsa Kikoin (sometimes written Kikoine) is a French actress, born March 2, 1977 in Suresnes. She is the daughter of director Gérard Kikoïne. She has played so far in many TV series but also in some movies. Viewers discovered her in 1998, at the age of 21, in a television movie called Belle grandmother. In 2000, she played in the short film Le Marquis alongside Patrick Bruel and Stomy Bugsy. After an incursion in the series Monos, Elsa participates in her first feature film, Vidocq, with Guillaume Canet. Other telefilms follow before Elsa Kikoin gets the lead in Broceliande, alongside Alice Taglioni. In 2003, she joined the Frank Riva series with Alain Delon while continuing parallel TV filming. In 2005, she became more known thanks to My life in the air in which she plays alongside Vincent Elbaz and Marion Cotillard. After a role in the Femmes de loi series with Ingrid Chauvin and Natacha Amal, Elsa Kikoïne joins Frédéric Diefenthal in 2006 for the David Nolande mini-series (between fantasy and fantasy), which has won numerous awards and has enjoyed considerable success. public. In 2012, she plays in the television series Plus belle la vie the role of Lucie Darjac, a lawyer. Elsa Kikoïne is represented by David Vatinet of AA (Associated Agents - Suzy Vatinet). She is the spouse of Julien Labrousse. From Wikipedia, the free encyclopedia