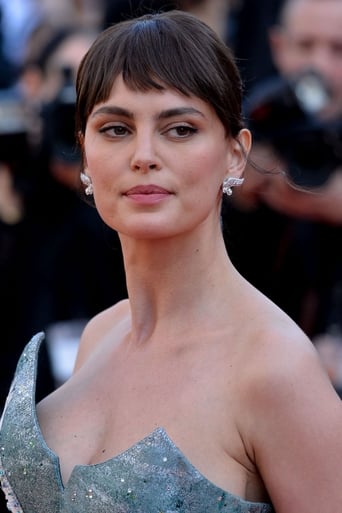 Catrinel Marlon is born in Iasi (Romania) October 1, 1985. Footsteps of her father, champion in the 400 meters hurdles Olympic, Catrinel becomes an athlete before being discovered at the age of sixteen from a local agent during a school trip to Bucharest. After six months she moves to the capital of Romania where she started her career as a model. The Italian-Romanian origins captured the attention of many major maison including Giorgio Armani and Lise Charmel. Catrinel began her acting career by participating in various films, including La città ideale directed by Luigi Lo Cascio and Tutti i rumori del mare directed by Federico Brugia. Cinema, theater and television, after reciting the next steps are photography and painting. Her passion for painting led Catrinel to open an art gallery at Studios in Rome, a studio for film productions that have seen some of the most important groups in the history of international cinema, a synergy that incorporates the magic of cinema and the unpredictability of painting. In 2013 Catrinel launched Catherinelle, a line of handbags inspired by memories, childhood, ideas that the cinema and Rome involve her continuously. Each bag is a story, a film that belongs to us, concealed by a door but spied through a keyhole. Fashion, acting, photography and painting are the means by which Catrinel expresses herself, inspired by everything that is art and involves everything that surrounds her.