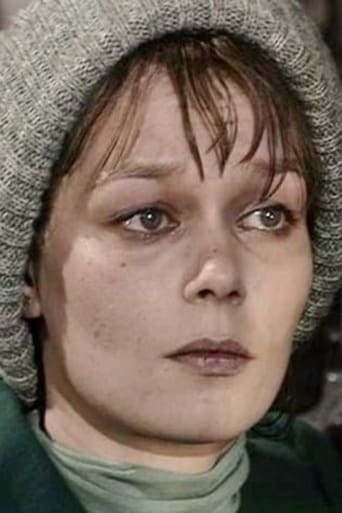 Carolyn Seymour is an English actress, best known for portraying the role of Abby Grant in the BBC series Survivors. Born Carolyn von Benckendorf in Buckinghamshire, to a Russian father and an Irish mother. One of her earliest television roles was as Jenny in the BBC drama series Take Three Girls. and an early film appearance was as Zita in the film Steptoe and Son (1972) alongside Harry H. Corbett and Wilfrid Brambell. Her best-known movie role remains Grace Gurney in The Ruling Class (also 1972), opposite Peter O'Toole. She left Survivors at the end of its first series, due to disagreements with the producers over the direction the show and her character were taking. She appeared in the Space: 1999 episode "The Seance Spectre", and with Joan Collins in The Bitch. She then moved to the United States and made numerous television appearances including Hart to Hart, Modesty Blaise, Family Ties, Cagney & Lacey, Remington Steele, Magnum, P.I., The Twilight Zone, Murder, She Wrote, Matlock, Quantum Leap; Star Trek: The Next Generation, Civil Wars, L.A. Law, Red Shoe Diaries, Star Trek: Voyager, and ER. She has also contributed voice work for several Star Wars video games, portraying characters such as Shmi Skywalker and Mon Mothma. She provides the voice for the Locust Queen Myrrah in Gears of War, Dr. Karin Chakwas in the Mass Effect series and the Elder God of Water in Mortal Kombat Annihilation. She has played in audio plays by L.A. Theatre Works and The Hollywood Theater of the Ear, and recently began narrating audiobooks. Since 2014, she has played Abby Grant in Big Finish Productions' Survivors series, based on the book by Terry Nation and the television series. From 2014 onwards, she has voiced Bierce in Dark Deception.