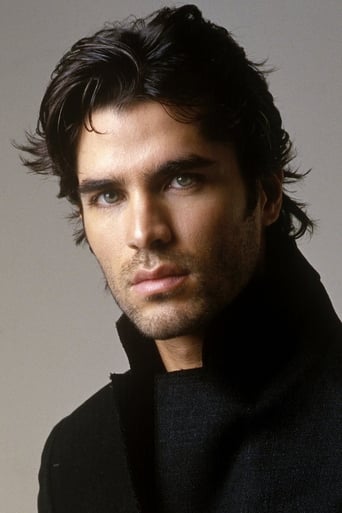 From Wikipedia, the free encyclopedia Mexican model, singer, actor and humanitarion. He was part of band Kairo and later a solo music career, before he started appearing in Mexican telenovelas and eventually feature films like Chasing Papi, Bella, and Little Boy, the latter two produced by his own production company, Metanoia. Description above from the Wikipedia article Eduardo Verástegui, licensed under CC-BY-SA, full list of contributors on Wikipedia.