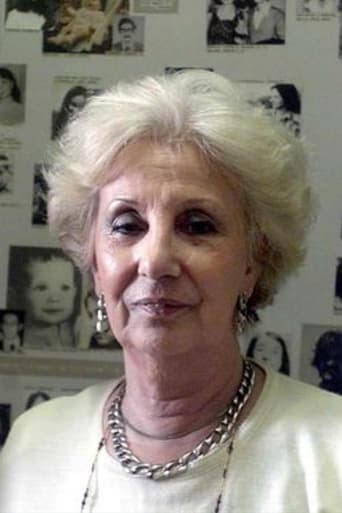 Enriqueta Estela Barnes de Carlotto (Buenos Aires, born 22 October 1930) is an Argentine human rights activist and president of the association of Grandmothers of the Plaza de Mayo. One of her daughters, Laura Estela Carlotto, was kidnapped and missing while pregnant in Buenos Aires, in late 1977. Through stories, she could ascertain that her daughter had given birth to a boy, and that her grandson was appropriated and his identity changed. She searched for him for nearly 36 years, until, on August 5, 2014, after a DNA check voluntarily made by the person concerned, her grandson was identified, and became the 114th in the list of recovered grandchildren. Carlotto has received several awards for her work with Grandmothers of the Plaza de Mayo (Abuelas de Plaza de Mayo), including the United Nations Prize in the Field of Human Rights and Félix Houphouët-Boigny Peace Prize, awarded by the Unesco. In 2015, she was listed as one of BBC's 100 Women.