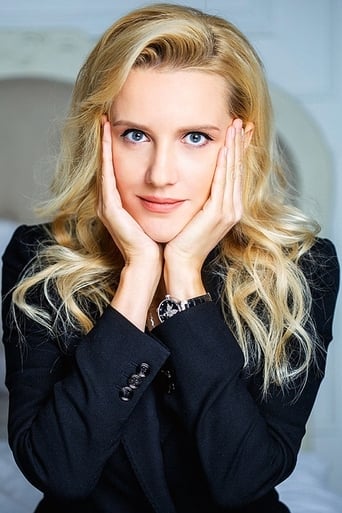 Oksana Mikhailovna Karas (Russian: Оксана Михайловна Карас; born 19 June 1979, Kharkov) is a Ukrainian filmmaker, television director, screenwriter and editor, who works in Russia. In the past, she was a television host and journalist. Karas is best known for the film "The Good Boy", which won the Grand Prix of the 27th Open Russian Film Festival "Kinotavr" (2017). Despite the fact that she was born in Ukrainian SSR, her childhood was spent in Kazakhstan in the city of Aktau (formerly Shevchenko). In 2004, she graduated from the Peoples' Friendship University of Russia "RUDN", faculty of law. In 2009, she graduated from "VGIK" (workshop Of V. ya. Lonsky). Since 1998, she has worked on television as a presenter, correspondent, sports commentator, film reviewer, author and director of documentaries (NTV channels, NTV-Plus Sport, VGTRK Kultura). In 2008, as a director, she released the TV series "Detective Brothers", and also wrote the script and directed the short film "Casting", which received the Grand Prix Of the International Festival "Unprecedented cinema" in Estonia. The first full-length film "The Rehearsals" removed in 2013. She also acted as a script writer for the project. In the same year, as a director, Karas worked on the TV series "Missing Persons" and the film "Princess Muay Thai". In 2015, she wrote the script for the Comedy "Not a Wedding Trip". In 2016, "The Good Boy" was released, on which Karas worked as a director, screenwriter and editor. The film received the Grand Prix of the 27th Open Russian Film Festival "Kinotavr", won the audience vote, organized by the portal "Kinopoisk" during the "Kinotavr", and also earned the "Golden Rook" for the third place in the audience competition "Vyborg Account" within the 24th Festival of Russian Cinema "Window to Europe". Further, Karas participates in the work on the short film "Just Like Grown Ups" as a screenwriter and director, as well as on the TV series and the film of the same name "Neophyte". In 2018, she released the film "Ailing Angel" again with Semyon Treskunov in the title role. In June 2019, the premiere of her film "High Above" took place, the shooting process of which took place in 2018. In 2020, the feature film "Doctor Liza" (dedicated to the life of Elizabeth Glinka) became a participant at the main competition of "Kinotavr".