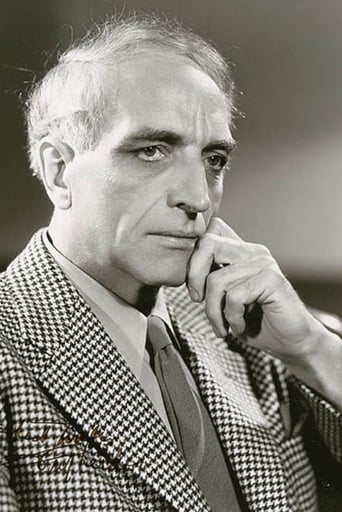 Fritz Reuter Leiber Sr. was an American actor. A Shakespearean actor on stage, he also had a successful career in film. He was the father of science fiction and fantasy writer Fritz Leiber Jr., who was also an actor for a time. Leiber and his wife spent much of their time touring in a Shakespearean acting company, known by the 1930s as Fritz Leiber & Co. Leiber made his film bow in 1916, playing Mercutio in the Francis X. Bushman version of “Romeo and Juliet.” With his piercing eyes and shock of white hair, Leiber seemed every inch the priests, professors, musical professors, and religious fanatics that he was frequently called upon to play in films. His many silent-era portrayals included Caesar in Theda Bara's 1917 “Cleopatra” and Solomon in the mammoth 1921 Betty Blythe vehicle “The Queen of Sheba.” He thrived as a character actor in sound films, usually in historical roles. In the film “Champagne Waltz” he portrayed an orchestra maestro; the role required him to play classical music on a violin and jazz on a clarinet. One of Leiber's larger assignments of the 1940s, and his most notable musical role, was as Franz Liszt in the Claude Rains' remake of “Phantom of the Opera” (1943). Leiber appears together with his son Fritz Leiber Jr. in the wedding-feast scene of Greta Garbo's film “Camille” (1936) and in Warner Bros.' “The Great Garrick” (1937). Leiber also appeared with his son Fritz Leiber Jr. in “The Hunchback of Notre Dame” (1939), but Fritz Leiber Jr. was not credited for his small speaking part. Late in his career, Leiber performed briefly opposite Charles Chaplin as the priest who visits Monsieur Verdoux in his prison cell.