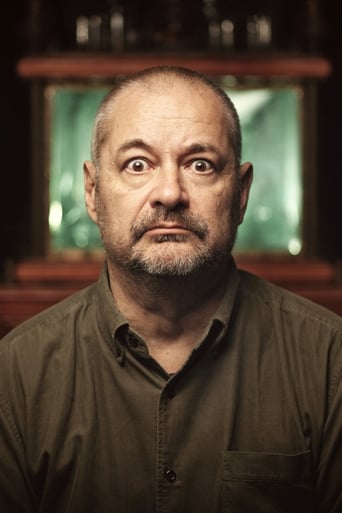 From Wikipedia, the free encyclopedia Jean-Pierre Jeunet is a French film director and screenwriter known for the films Delicatessen, The City of Lost Children, Alien: Resurrection and Amélie. Jean-Pierre Jeunet was born in Roanne, Loire, France. He bought his first camera at the age of 17 and made short films while studying animation at Cinémation Studios. He befriended Marc Caro, a designer and comic book artist who became his longtime collaborator and co-director. They met at an animation festival in Annecy in 1974. Together, Jeunet and Caro directed award-winning animations. Their first live action film was The Bunker of the Last Gunshots (1981), a short film about soldiers in a bleak futuristic world. Jeunet also directed numerous advertisements and music videos, such as Jean Michel Jarre's Zoolook (together with Caro). Jeunet's films often resonate with the late twentieth century French film movement, cinéma du look, and allude to themes and aesthetics involving German expressionism, French poetic realism, and the French New Wave. Jeunet and Caro's first feature film was Delicatessen (1991), a melancholy comedy set in a famine-plagued post-apocalyptic world, in which an apartment building above a delicatessen is ruled by a butcher who kills people in order to feed his tenants. They next made The City of Lost Children (1995), a dark, multi-layered fantasy film about a mad scientist who steals children's dreams so that he can live indefinitely.[3] The success of The City of Lost Children led to an invitation to direct the fourth film in the Alien series, Alien: Resurrection (1997). This is where Jeunet and Caro ended up going their separate ways as Jeunet believed this to be an amazing opportunity and Caro was not interested in a film that lacked creative control working on a big-budget Hollywood movie. Caro ended up assisting for a few weeks, with costumes and set design but afterwards, decided to work on a solo career in illustration and computer graphics. Jeunet directed Amélie (2001), starring Audrey Tautou. Amélie is the story of a woman who takes pleasure in doing good deeds but has trouble finding love herself, was a huge critical and commercial success worldwide and was nominated for several Academy Awards. For this film, Jeunet also gained a European Film Award for Best Director. Jeunet has also directed numerous commercials including a 2'25" film for Chanel N° 5 featuring his frequent collaborator Audrey Tautou. Description above from the Wikipedia article Jean-Pierre Jeunet, licensed under CC-BY-SA, full list of contributors on Wikipedia.