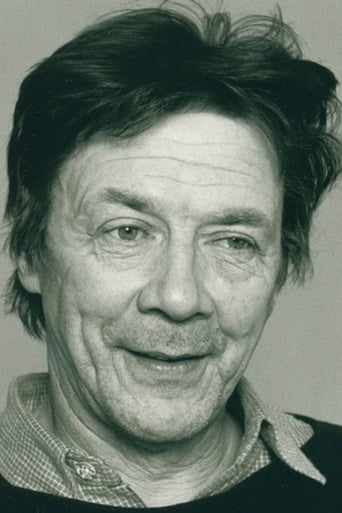 Johan Allan Edwall was a Swedish stage and screen actor, singer, writer and director. He graduated from the Royal Dramatic Theatre's Acting School in 1952. Growing up in the landscape of Jämtland, Edwall spent some time working on a ship before he arrived in Stockholm in the 1940s, just barely making a living as a writer, painter and poet before he was admitted to the Royal Dramatic Theater's acting school in 1949. After graduation he worked at the theater in the 1950s and 1960s  but he was mainly a jack-of-all-trades, appearing on the stage, in movies as well as recording and publishing his own songs. He is remembered for a string of queer roles, such as Emil's father in the Emil of Lönneberga films, the cheerful vagabond in the Rasmus and the vagabond movie, the dying father in Ingmar Bergman's Fanny and Alexander as well as Carlsson in the TV adaptation of Strindberg's Hemsöborna. In the later part of his life he owned his own theater, Brunnsgatan 4, in Stockholm. Biography by Mattias Thuresson.