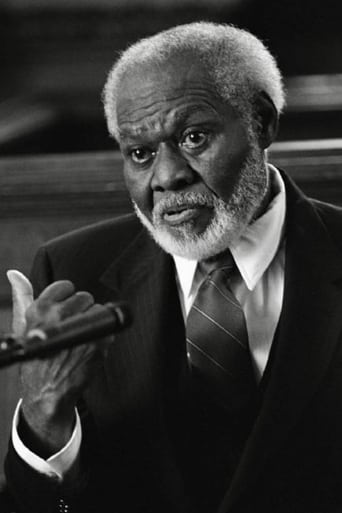 From Wikipedia, the free encyclopedia Joe Seneca (January 14, 1919 – August 15, 1996) was an American film and television actor who had a lengthy Hollywood career, portraying bit parts in many major films and television sitcoms spanning from the 1970s to the 1990s. Seneca was born Joel McGhee in Cleveland, Ohio. Prior to his Hollywood career, Seneca belonged to the R&B singing group "The Three Riffs", performing at upscale supper clubs in New York City. He was also a songwriter and had big hits with "Talk to Me" which was sung by Little Willie John and "Break It to Me Gently", which was a smash twice, once by Brenda Lee in 1962, and once by Juice Newton in 1982. His song "It's Gonna Work Out Fine" was recorded by Ike & Tina Turner, Manfred Mann and The Spencer Davis Group. Arguably his most well-known roles are that of bluesman Willie Brown in Crossroads and Dr. Meddows in The Blob, the evil head of a government team sent to contain the title creature. Seneca also made multiple appearances on The Cosby Show as Hillman President Dr. Zachariah J. Hanes. He also played Alvin Newcastle [1]on an episode of The Golden Girls entitled "Old Friends." Joe appeared in Spike Lee's "School Daze" as the Mission College President McPherson in 1988. Joe appeared on Matlock: The Blues Singer Episode May 9, 1989. Joe also appeared in Michael Jackson's "The Way You Make Me Feel" Music Video In the late 80's. He died from asthma at the age of 77. Description above from the Wikipedia article Joe Seneca, licensed under CC-BY-SA, full list of contributors on Wikipedia.