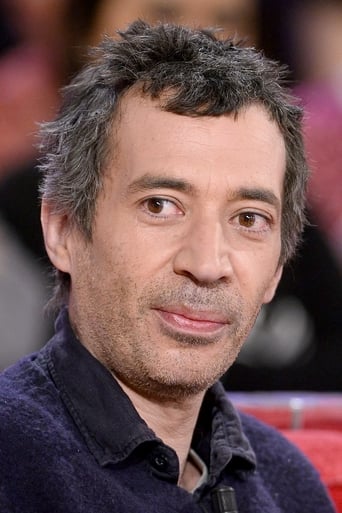 Éric Elmosnino (born 2 May 1964) is a French actor and musician. He is known internationally for portraying Serge Gainsbourg in Gainsbourg, for which he won the César Award for Best Actor. He studied at the National Conservatory of Dramatic Art. After leaving the Conservatory, he worked at the Théâtre Nanterre-Amandiers with Jean-Pierre Vincent. In 1992 he played Christian Ribet, a friend of Guillaume de Tonquédec, in the film Tableau d'honneur (Honour Roll) by Charles Nemes. In 2006, he played in the theater as Edward Bond, directed by Alain Francon, at the Avignon Festival and the Théâtre de la Colline in Paris. In January 2008, he performed in a show at the Theatre Antoine in Paris for Yasmina Reza's God of Carnage. Source: Article "Éric Elmosnino" from Wikipedia in english, licensed under CC-BY-SA 3.0.