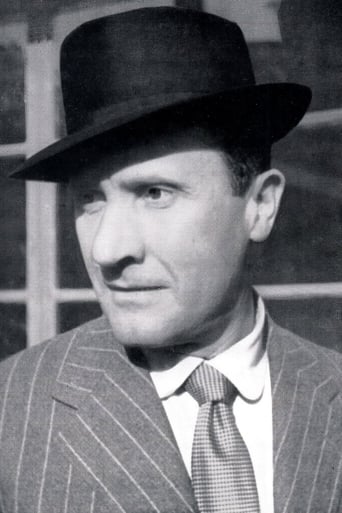 From Wikipedia, the free encyclopedia Paolo Stoppa (6 June 1906 – 1 May 1988) was an Italian actor and dubber. Born in Rome, he began as a stage actor in 1927 in the theater in Rome and began acting in films in 1932. As a stage actor, his most celebrated works include those after World War II, when he met director Luchino Visconti: the two, together with Stoppa's wife, actress Rina Morelli, formed a trio whose adaptions of works by authors such as Chekhov, Shakespeare and Goldoni became highly acclaimed. He debuted in television in 1960 in the drama series Vita col padre e con la madre, reaching the top of the popularity in the 1970s, in particular in the adaption of crime novels by Friedrich Dürrenmatt (Il giudice e il suo boia and Il sospetto) and Augusto De Angelis. As a film actor, Stoppa made some 194 appearances between 1932 and his retirement in 1983: films he appeared in include popular classics such as Miracolo a Milano (1951), Rocco e i suoi fratelli (1960), Viva l'Italia! (1961), Il Gattopardo (1962), La matriarca (1968), Amici miei atto II (1982). He also had a role in the Sergio Leone epic Once Upon a Time in the West (1968) and cameoed in Becket (1964). Stoppa was also a renowned dubber of films into Italian. He began this activity in the 1930s as dubber of Fred Astaire. Other actors he dubbed include Richard Widmark, Kirk Douglas and Paul Muni. Description above from the Wikipedia article Paolo Stoppa, licensed under CC-BY-SA, full list of contributors on Wikipedia.