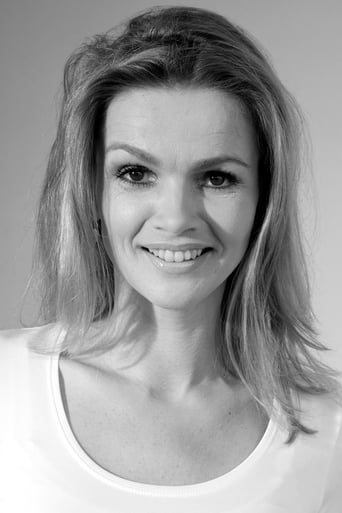 Antonia Grietje "Tooske" Ragas-Breugem (née Antonia Grietje Breugem; Zwolle, 3 June 1974), is a Dutch actress and television host. She played a stewardess in 06/05, a movie by Theo van Gogh about the murder of Pim Fortuyn. She was video jockey (VJ) at TMF Netherlands and presented two seasons of the Dutch and German version of Idols. Breugem was born in a Dutch Reformed family, and has two elder brothers: Jaap and Jan-Pieter. On June 3, 2002, she married American Keith Davis, but the couple split up in December 2003. On 25 June 2005 Breugem married the Dutch actor Bastiaan Ragas,[1] who was her co-star in the musical 3 Musketiers. On 13 February 2007 their first daughter was born,[2] Helena Antonia Ragas. Their second daughter, Feline Hanneke Grietje Ragas was born on 28 May 2008. The third daughter Catharina Maria (Catoo Ragas) was born on 7 April 2010. Tooske is also known in Germany, but although the Dutch know her as Tooske Breugem, by her maiden name, the Germans know her generally as Tooske Ragas, after her husband. Officially she uses Tooske Ragas-Breugem. Since her first appearance on television in 1995 on the Soundmixshow, Tooske's career showed a lot of aspects of the Dutch entertainment industry. First she was Miss Overijssel, the province she hailed from, in 1996 and became fourth in the Miss Netherlands election, and was singer in the group Bogy Bogy for two years. Then she became VJ at TMF Netherlands and MTV, which she was from 1998 until 2002. In 2002 she switched to the larger television channels, and became co-host of Idols Netherlands together with Reinout Oerlemans for two seasons at RTL4. In 2005 Breugel switched from RTL to the Dutch public television broadcasting association AVRO where she presented the Junior Songfestival, the presentation of the Televisierring and Help, ik word vader! (Help, I'm becoming a father). Together with Marco Schreyl she presented the third and fourth season of Deutschland sucht den Superstar, the German Idols-version. In 2006 Ragas-Breugem switched again and this time to the commercial broadcaster SBS, where she presented in 2006 Je wordt bedankt (Thanks!)[6] and in 2007 together with Henkjan Smits. Het beste idee van Nederland (The best idea from the Netherlands). From Wikipedia, the free encyclopedia