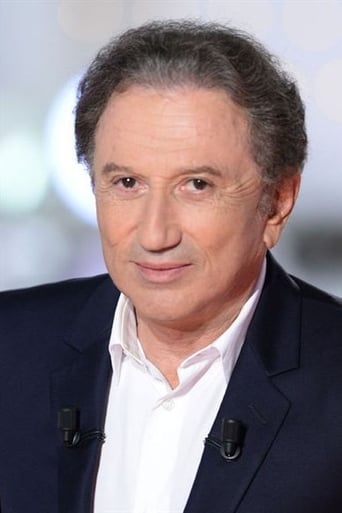 Michel Drucker (born 12 September 1942 in Vire) is a popular French journalist and TV host. He has been on screen for so long and so permanently (in various shows and on different networks, both public and private), that he once said that some people consider that he was included in the price of their TV sets. His younger brother, Jacques, is a doctor, and his older brother, Jean, was a television executive. He started a journalistic career in 1965 at the ORTF as sports reporter and commentator. Although he kept doing live coverage of major soccer matches until 1986, he soon turned to hosting variety shows, such as Champs-Élysées on Antenne 2 in the 1980s, then Stars 90 on TF1 in the 1990s, then finally Vivement dimanche on France 2 every Sunday afternoon since 1998. Drucker is known for his polite and toned-down attitude towards show-business stars, and best known outside France for the incident between Serge Gainsbourg and American singer Whitney Houston on the television programme, Champs-Élysées. Drucker is Jewish. His father, Abraham Drucker, was a Jewish immigrant who arrived in France in 1925 to study medicine. Drucker is married to French actress Dany Saval and is an uncle of Léa Drucker, an actress, and Marie Drucker, a television journalist on France 2. Source: Article "Michel Drucker" from Wikipedia in english, licensed under CC-BY-SA 3.0.