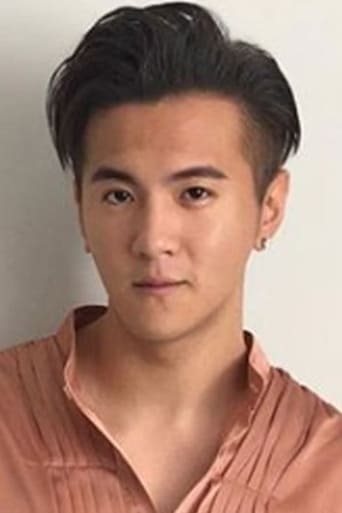 Ian Fang is a Chinese actor based in Singapore and was named as one of the 8 Dukes of Caldecott Hill. He charmed everyone with his portrayal of a student who lost his grandmother and had to struggle for a living in 2013 in the drama Don't Stop Believin'. Through that debut role, he was awarded the Best Newcomer Award at the annual Star Awards Ceremony. Ian also rose to fame with a huge fan base after starring in the drama On the Fringe 2011, the cast of the drama later also proceed on to shoot a movie Imperfect. Ian has been getting validations for his acting capabilities having been nominated Best Supporting Male Actor for five consecutive years. He was also cast as the main lead in the movie Goodbye Mr Loser which won him rave reviews from many. At 30, Ian also owned a streetwear label called First Attempt XIX. Ian is an all rounded talent who has strong artistic capabilities, he writes his own lyrics and raps. He released two singles - "1st Attempt", "Still me", one in 2016 and one in 2017 respectively. Ian even hosted variety programs that shed light on the tough occupation all round the world. Ian also delved into his first directorial debut in 2018 and was nominated for the Best Director in a short film at the 2019 short film ceremony in Singapore. Ian was born in Shanghai, China and moved to Singapore in 2002. He studied in Stamford Primary School, Bendemeer Secondary School and graduated from Republic Polytechnic. He made his acting debut in police drama C.L.I.F. in 2011, playing a rich kid who lands himself in trouble after single-handedly masterminding a series of bombings. In 2012, Ian made his debut in film Imperfect. The same year, he also starred in Show Hand alongside Christopher Lee and Don't Stop Believin'. In 2013, Ian was awarded the Best Newcomer award at Star Awards 2013. He also hosted his first travelogue My Working Holiday where he visited different countries to work in exchange for food and lodging, which earned him a nomination for the Best Info-Ed Host at Star Awards 20. In 2014, Ian starred as a lead role in Channel U, Served H.O.T.. In the same year, he was given a role in basketball-themed movie Meeting The Giant, directed by Tay Ping Hui. In 2016, Ian was nominated as the Best Supporting Actor in Star Awards 2016 as Chen Hao Wei in Tiger Mum which won Best Drama in 2016. He also made his debut as a rap artist and released his first single, "1st Attempt", featuring vocals from Sylvester Sim. In 2017, Ian was nominated as the Best Supporting Actor in Star Awards as Lin Zi Jie in The Dream Job. He also release his second single "Still me" featuring Desmond Ng. In 2018, Ian was nominated as the Best Supporting Actor in Star Awards as Shuai Ge in Till We Meet Again. Ian has gotten 2 out of 10 Top 10 Most Popular Male Artistes from 2015, 2017 respectively.