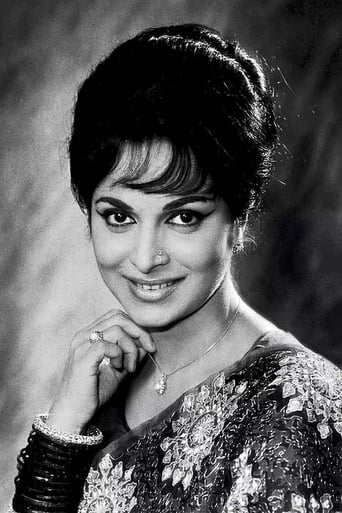 Waheeda Rehman (born 3rd February 1938) is an Indian actress who has appeared in mainly Hindi films, as well as Telugu, Tamil and Bengali films. She is noted for her contributions to different genres of films from the 1950s, 1960s and early 1970s. She has received a Centenary Award for Indian Film Personality, a Filmfare Lifetime Achievement Award, a National Film Award for Best Actress and two Filmfare Awards for Best Actress throughout her career. Description above from the Wikipedia article Waheeda Rehman, licensed under CC-BY-SA, full list of contributors on Wikipedia.