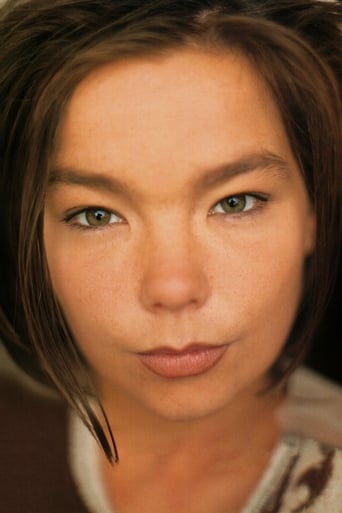 Björk, born November 21, 1965, is an Icelandic Polar Music Prize-winning singer-songwriter, occasional actress, music composer and music producer, whose solo work includes seven solo albums and two original film soundtracks. Björk's intermittent acting career began in 1990, when she appeared in The Juniper Tree, a tale of witchcraft based on the Brothers Grimm story of the same name. Björk played the role of Margit, a girl whose mother has been killed for practicing witchcraft. Björk also had an uncredited role in 1994's Prêt-à-Porter. In 1999, Björk was asked to write and produce the musical score for the film Dancer in the Dark, a musical drama about an immigrant named Selma who is struggling to pay for an operation to prevent her son from going blind. Director Lars von Trier eventually asked her to consider playing the role of Selma, convincing her that the only true way to capture the character of Selma was to have the composer of the music play the character. Eventually, she accepted. Filming began in early 1999, and the film debuted in 2000 at the 53rd Cannes Film Festival. The film received the Palme d'Or, and Björk received the Best Actress Award for her role. It was reported that the shoot was so physically and emotionally tiring that she swore off acting ever again. Björk later stated that she always wanted to do one musical in her life, and this was the one. The soundtrack Björk created for the film was released with the title Selmasongs. The album features a duet with Thom Yorke of Radiohead titled "I've Seen It All", which was nominated for an Academy Award for Best Song and was performed at the 2001 Oscars. She was invited to record "Gollum's Song" for the film The Lord of the Rings: The Two Towers but declined the invitation, as she was then pregnant. Björk also appeared in the 2005 documentary Screaming Masterpiece, which delves into the Icelandic music scene. The movie features archive footage of The Sugarcubes and Tappi Tíkarrass, and an ongoing conversation with Björk herself. Her partner Matthew Barney is a contemporary artist based in New York. Björk collaborated with him on the experimental art film Drawing Restraint 9, a dialogueless exploration of Japanese culture. Björk and Barney both appear in the film. The film was released in 2005. She is also responsible for the film's soundtrack, her second after Selmasongs. Director and previous collaborator Michel Gondry asked Björk to star in his film The Science of Sleep, but she declined. In 2010, she collaborated with SHOWstudio and founder Nick Knight by providing music for an Alexander McQueen tribute.