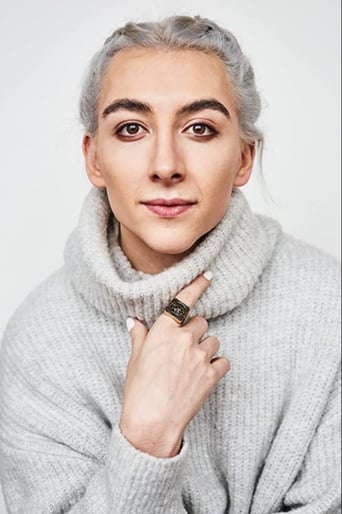 Mason Alexander Park is a non binary film/TV and stage actor best known for playing Hedwig on the first Broadway national tour of Hedwig and the Angry Inch. Mason can be seen playing Gren in the Netflix live action adaptation of the hit anime Cowboy Bebop. Their voice can be heard in the podcast musical series, "LoveVille High" in which they portray Jendrix, a genderqueer high schooler, Amazon's Critical Role: The Legend of Vox Machina, and the upcoming film Before You Know It. Mason was the first recipient of the Helen Hayes Award for Best Leading Performer for their role as the Emcee in Cabaret in their first year switching to non-gendered awards. Theatrically, they were seen at The Long Wharf Theatre in the Pulitzer Prize winning one person play I Am My Own Wife, the Cabaret at Theater Square as Mark in Pittsburgh CLO's Altar Boyz, Dr. Frank-N-Furter in The Rocky Horror Show both at PCLO and Bucks County Playhouse, and at the Benedum Center as the first countertenor to regionally play Miss Andrew in Mary Poppins, all to rave reviews. Mason was introduced to Pittsburgh CLO through the National High School Musical Theater Awards, during which time they were featured on PBS's reality series "Broadway or Bust." They recently performed at the Kennedy Center in D.C. as the 2013 Presidential Scholar in the Arts for Musical Theatre, which featured them in the PBS documentary, "Becoming and Artist". They can also be seen on other shows such as Nickelodeon's iCarly and Bucket and Skinners Epic Adventures.