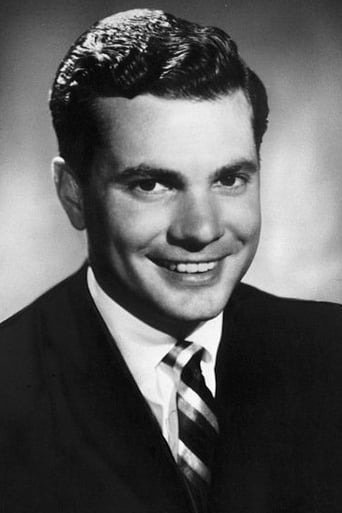 ​From Wikipedia, the free encyclopedia.   Dwayne Bernard Hickman (born May 18, 1934) is a former American actor and television executive at CBS. He is known primarily for his "teenage" actor roles on television sitcoms. The naturally brown-headed Hickman is best known for playing Chuck MacDonald, Bob Collins's (played by Bob Cummings) crazy teenaged nephew, on the popular 1950s series, The Bob Cummings Show (a.k.a. Love That Bob), and the blond title character in The Many Loves of Dobie Gillis. Description above from the Wikipedia article  Dwayne Hickman, licensed under CC-BY-SA, full list of contributors on Wikipedia.