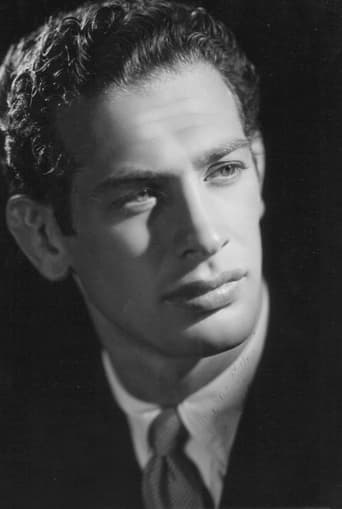 Of Jewish origins, Wolf Ruvinskis Manevics was born in 1921 in Riga (Latvia), but fearing persecution during World War II his family relocated to Argentina, where they lived in extreme poverty. In spite of his deprived childhood, Wolf excelled in sports and became interested in wrestling. When he was 19 years old he started his professional career and toured South America, the United States and Mexico, where he decided to stay. Although he stayed on the ring until the 1960s - in matches with top Mexican wrestlers, as El Santo, Black Shadow, El Médico Asesino and Lobo Negro - Wolf was also a tango singer and a magician, and in 1949 he was called to act on the stage and in films. One of his biggest successes was _Bestia magnífica, La (1953)_, the first in a series of movies centered on Neutron, a character he created. His popularity was firmly established with his role as the handsome rural boy who becomes the victim of a mad scientist in the cult film The Body Snatcher (1957), he was a regular performer in all kinds of movies until the 1990's and was nominated for an Ariel as Best Supporting Actor for _Juego limpio (1996/II)_. He was also a businessman, and married three times: to Beatriz Perez, to dancer Armida Herrera, and to actress Lilia Micheluntil his death in 1999.