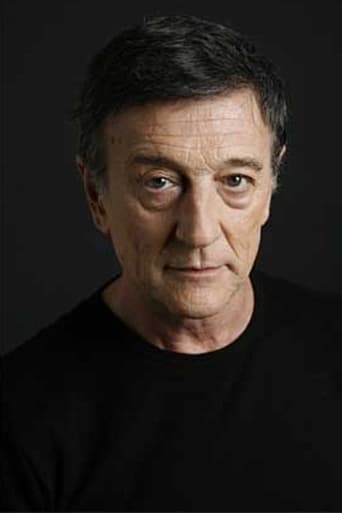 Emilio Linder (Buenos Aires, 1949) is an Argentine actor, musician and presenter, resident in Spain since 1973. His artistic career stands out above all for his participation in Flowers and Salomé, in The Lindsay Kemp Company, in 1978/79 and in various titles in the eighties and nineties, and for his appearances in series and television programs, as well as as a member of several musical groups and shows of clown, cabaret and coffee theater. His first appearances before the camera were on the small screen with supporting roles in the Spanish television series El juglar y la reina (1978) and Escrito en América (1979), With panties in hand (1981), besides intervening in the prestigious Ramón y Cajal (1982). He debuted in the cinema in 1980, with the films La mano negra, by Fernando Colomo and El gran secreto, by Pedro Mario Herrero. From Wikipedia, the free encyclopedia