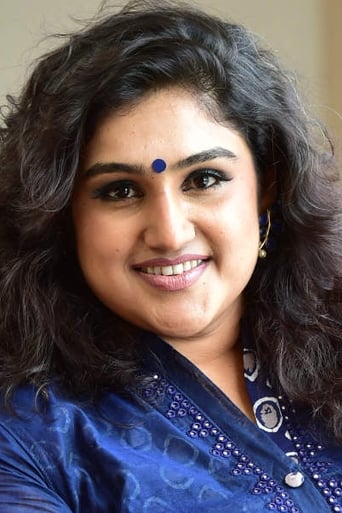 Vanitha Vijayakumar is an former tamil Indian film actress. She has starred in Tamil, Malayalam, and Telugu films. Her parents are actors Vijayakumar and Manjula. She made her debut as a heroine in Chandralekha opposite Vijay. She is one of the contestants of Bigg Boss Tamil 3, where she is popularly known for her controversial fights. Vanitha Vijayakumar married her second husband, businessman Anand Rajan, in 2007. The couple divorced in 2012, with Rajan being awarded custody of their child. In 2019, police questioned Vijayakumar while on the set of Bigg Boss Tamil 3 in Chennai over a complaint filed by Rajan alleging that she had kidnapped their daughter Jaynitha. Vijayakumar was not arrested after Jaynitha confirmed that she had voluntarily come to Chennai with her mother.