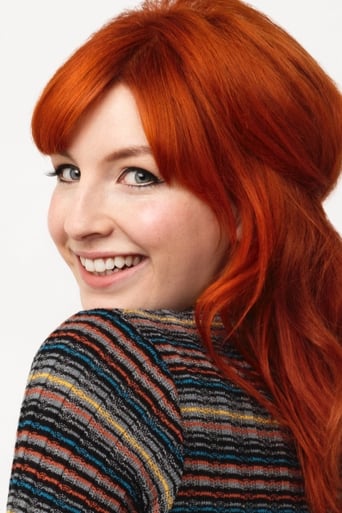 Alice Levine is one of the most in-demand broadcasters in the UK today. Working across TV, Radio and Comedy as a presenter, she also writes and produces her own projects. Her career has gone from strength to strength since her break on MTV hosting her own chat show in 2011. Only months later she was chosen to present Big Brother's spin-off show, Bit On The Side (Channel 5), which she continued to do for the next 3 years, honing her craft as a live presenter. Since then, she has become the go-to for sophisticated, smart television, particularly live, across all major networks; fronting everything from the Brit Awards 2017: Red Carpet (ITV2), Glastonbury (BBC) to the Mercury Music Prize (Channel 4) and the backstage coverage of the BAFTA TV & Craft Awards. Most recently, Alice has been exploring investigative documentaries, with the BBC commissioning her three part series on modern romance, Levine On Love, with another series slated. She will also be making a very exciting immersive documentary for one of the major channels next year. In Radio, Alice has made a name for herself hosting some of the most prestigious shows. Starting off at BBC Radio 1 on the new music "John Peel" slot (week nights 10pm - midnight), she now has her own show on weekends from 1pm-4pm, for which she won the Best Radio Show accolade at the Music Week Awards. Comedy has always been a passion for Alice, marked by appearances on 8 Out Of 10 Cats, Never Mind The Buzzcocks, Newsjack, As Yet Untitled and Qi. It therefore came as no surprise that her comedy podcast would be a huge success. No one could have predicted the reaction to My Dad Wrote A Porno though, which she co-hosts and co-produces. The number 1 podcast has racked up over 80 million listens, a live stage show spin off which tours internationally (The Sydney Opera House didn't know what hit it!), a best-selling book and legions of celebrity fans. Series 4 will be released in 2018, and TV, motion picture and stage adaptations are all being developed. In addition to her broadcast work, Alice co-founded a successful food and lifestyle brand, Jackson&Levine, with partner Laura Jackson. As a pair they are the food columnists for Marie Claire and have just published their first book.